Benefits Of Hiring People On The Autism Spectrum

Focus, Logic and Determination Are The Autism Advantage 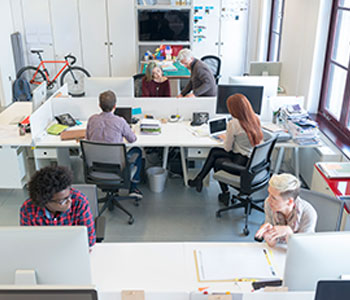 The business case has been established for diversity hiring in Canada. Employers have scrambled to take advantage of varying cultures, backgrounds and ways of thinking.

Now the next wave of difference is receiving its due. “Neurodiversity” describes individuals whose neurology, in particular the brain, are wired somewhat atypically. Falling under this umbrella are people on the autism spectrum.

The unique qualities of an autistic mind can make for excellent employees. Traits like honesty, focused effort, and logical thinking stand out.

For high-functioning autistic people, there are recent initiatives to leverage their distinctive skill sets. Here are three exciting programs you can access in different parts of our country.

British Columbia and Quebec
SAP is a global market leader in enterprise application software. For 2014, SAP Canada plans to hire up to six people with autism as software testers in Vancouver, plus three in Montreal. This follows similar pilot projects in its India, Ireland and Germany offices.

Baerbel Ostertag, head of human resources for SAP Canada, said of these hires in a news report that "They have extreme attention to detail, they are outstanding in terms of memorizing things, also they are logical thinking,"

The Denmark firm Specialisterne, which focuses on finding jobs for people on the spectrum, is helping SAP with this initiative. According to The Vancouver Sun, Specialisterne (which means Specialists in English) will hire the workers, train existing employees how to interact with autistic colleagues, and connect Canadian managers with those in India and Ireland for advice. The founder of Specialisterne, Thorkil Sonne, has a son with autism.

Ostertag gives some advice on communicating with these exceptional colleagues. "Leave aside cynicism or sarcasm, it's really about being very open and direct," he said. "It's also about taking down the barriers. Some people might be at first scared, because they don't know how to deal with people on the (autism) spectrum."

Alberta
A homegrown initiative similar to the one above is taking shape in Calgary. Meticulon is a startup IT consulting company. They are recruiting candidates they’ll keep on staff as consultants to hire out as contractors, largely to software developers but also in other fields like banking.

Says Meticulon CEO Garth Johnson, “People with autism have that ability, often, to see problems and errors in a way that we don’t, and enjoy doing that again and again and again.” Johnson is a former executive with stock photography websites. His son has been diagnosed on the autism spectrum.

Meticulon is currently a sub-project of Autism Calgary, with funding from the Sinneave Foundation and other partners. Johnson said the operation is fully funded for five years. Their goal is to eventually be financially self-sustaining.

Ontario
Carol Hacker helps people on the spectrum transition to employment. She is the Director of Disability Services at JVS Toronto, a non-profit organization that partners with both the government and business sectors.

“Our Asperger’s Job Readiness program is geared to higher functioning individuals who have Asperger's Syndrome, which is on the autism spectrum,” says Carol. “They require a degree of training and accommodation to perform at their best in the workplace.”

Hacker describes her clients as highly motivated and skilled. Their condition does present some integration challenges. “These are people who tend to say what they think. They may therefore come across as blunt or emotionally detached.”

In the right setting they can really thrive. “Don’t insist that they fit into a team, engage in excessive small talk, or be exposed to a constantly changing environment,” adds Hacker. “And don’t be concerned if they aren’t smiling constantly. It doesn’t necessarily reflect their actual mood.”

The program, in its fourth year, is funded through Service Canada. Enrolees go on visits to employment sites. Some job shadowing may take place as well. “Our graduates work in a variety of jobs, from foodservice and stacking shelves to clerical roles and data entry,” says Hacker.

How To Benefit From The Autism Advantage
If you are looking to broaden your diversity mix, think about hiring on the autism spectrum. This is a hidden disability with definite upsides beyond employment equity.

You can contact the organizations mentioned in this article directly for more information. Local resources that may be able to aid you as well can be found on the list of provincial societies from the Autism Society of Canada.

"A special thanks to Cathy Gallagher-Louisy, Director, Community Partnerships and Knowledge Services at the Canadian Institute of Diversity and Inclusion, for her timely contribution to this article."