Firing an Employee When They Have Cancer

Some Recent Cases Show the Perils of Being Heavy-Handed 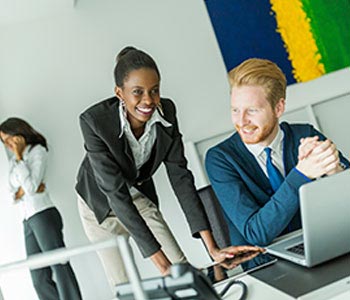 A leasing agent with Weston Property Management in Toronto. The manager of a Michaels Arts and Crafts store in Boca Raton, Florida. What do these two unrelated employees have in common? Each was fired, essentially, for having cancer.

In an era of social media exposure and expensive lawsuits by former employees, your response as an employer to cancer diagnoses can affect more than just the motivation of your employees.
Michaels U.S. Pays Big Price Financially For Insensitivity
In the Michael’s store case, employee Kara Jorud had worked for three years at a location in Massachusetts, before being transferred to their Boca Raton store in September 2005. According to U.S. financial magazine PLANSPONSOR, Jorud was diagnosed with breast cancer in Florida and underwent a double mastectomy. She was fired not long afterward while enduring chemotherapy.
Planspor reports that in September 2010, Jorud was awarded a total of $8.1 million in compensation from Michaels: $4 million for pain and suffering, $4 million for punitive damages, and $100,000 for lost wages. The judge reserved the right to increase the award for lost wages up to $1 million.
Canada’s Weston Property Management Hit With Fine For Ignoring Law
Here at home financial penalties against employers tend to be much smaller than in America. Such is the case with Weston Property Management Corp. of Toronto in its firing of 51-year old leasing agent (and cancer patient) Elsa Torrejon.
The Community Advocacy & Legal Centre (CALC), a Canadian non-profit legal clinic, reports that Torrejon had worked with the company for six months before discovering a lump in her breast in the fall of 2008. After being tested, and mentioning the situation to her employer, the cancer was confirmed in February 2009. At this point Torrejon informed her employer of her plan to work up to the day before her scheduled surgery. She assumed that her job was secure. But the company terminated her regardless.
Ontario’s Human Rights Tribunal found Weston Property guilty in 2010 of discrimination and wrongful termination. Torrejon was awarded $22,000 for damages and lost wages. Her employer was given a deadline of 30 days to complete training on Ontario’s Human Rights Code.
Legal Obligations Of The Employer
In the matter of Weston Property Management, the company pleaded that they were ignorant of their obligations under human rights legislation. The Tribunal quickly dismissed this. As ignorance is never an excuse, employers should seek specialized counsel and do so before terminating an employee’s job.
Vice Chair Naomi Overend of the Human Rights Tribunal found that Weston "acted upon this mistaken belief that it could terminate the employment of the applicant, who was going to require time off work for surgery and treatment, without regard to whether or not her disability-related absence could be accommodated."
This case highlights the often controversial issue of the extent to which an employer has a duty to accommodate.  According to both the Ontario Human Rights Code and the Canadian Human Rights Act, an employer is legally bound to accommodate to the point of “undue hardship”; however, these accommodations only apply to changes in workplace policy, practices, and behaviour.
Moral Obligations of the Employer
In a case as personal as a cancer diagnosis, people can be quick to confuse legal obligation with moral obligation. According to Canadian employment lawyers Whitten & Lublin LLP, in the absence of long-term disability coverage, the employer is not obligated to pay for a leave of absence. Morally, employers should be open to the option of hiring temporary workers, and holding an employee’s position for as long as possible.
Obligations Of The Employee
The duty to accommodate has been described as a “two way street,” says Whitten & Lublin. This means that the employee should specify what accommodation is needed as best they can. They should also cooperate in the process of acquiring the information necessary to formulate an accommodation plan.
Other Costs To Employers Of Acting Uncaringly
If legal repercussions alone are not enough to deter you from treating employees with cancer callously, consider other possible impacts of your actions.
– On a personal level, it hurts the person who’s trying to recover. Canadian HR Reporter magazine says that “the worry and stress of a stage-two breast cancer diagnosis, combined with the loss of income, left Torrejon, a single mother of two, depressed and anxious.”
– In terms of your organization, insensitivity demoralizes your remaining staff. They worry what will happen to them if they should happen to fall ill.
– Your actions will likely hit the media; either social media, or mainstream news. This could tarnish your reputation. In the case of Walmart’s 2010 U.S. firing of a sinus cancer survivor with an inoperable brain tumor, who failed a drug test for legally smoking medical marijuana off the job, it resulted in the mounting of a public boycott against them.
Sensitivity Pays
The case of Elsa Torrejon highlights how employers need to tread carefully when dealing with employee leaves and terminations. Hasty actions based on lack of knowledge can violate employment law legislation, Human Rights protections, and the common law. This could prove costly to the company.
All the more so given the incidence of such cases. In a recent Canadian Cancer Society Survey, 16% of 361 working women recently diagnosed with breast cancer, were downsized while undergoing treatment.
So if it happens in your workplace, will you consider offering a lending hand? Or will you deal with the matter so heavy-handedly you wind up in court or in media headlines.