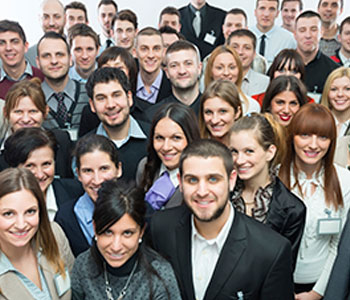 Many Monster members have questions about how to solve the inevitable workplace conflicts and are looking for strategies to help their staff work together more harmoniously. If you're looking to curb chronic fighting, backstabbing and other crimes against the team, I offer the following insights. Just remember: Getting people to make nice needs to be a long-term project.

When a manager becomes aware of a problem, what should he do first?

The first step is to meet with each employee individually to determine the nature and scope of the problem. Be clear with each staff member that your role is to listen and come up with a plan for two things: resolving the conflict and enabling work to continue. You don't want all work to cease until the conflict is resolved.

Are there times that one party is in the right — or at least more right — than the other? If so, what do you do?

I focus instead on the fact that it's each individual's responsibility to resolve a problem. It's a little like a marriage; you can focus on who's right and wrong and who has to do what to fix it, but in the end, if each individual isn't willing to be 100 percent committed to the resolution process, the odds are against a positive outcome. In deteriorated situations that make it to a manager, just about everyone involved usually has said or done something he regrets at that point.

What if both sides are wrong and you just have two chronic bickerers?

That's probably the more common example, certainly among peers. A personality clash aggravated by a few bad experiences can make it difficult for two people to start a new project on the right foot. That's harder to resolve, because when you're dealing with a hierarchy, at least you have some guidelines about how you're supposed to report to a boss or how your boss should treat you. But I think it's especially tricky among peers, and people don't always realize that how they deal with others is a measure of their performance. Workplace superstars often feel that they have permission to alienate everybody, that because their product is so good, in the end people will tolerate their behavior. Well, what if you have two feuding superstars? It's not just poor performers who get into these battles.

What are the long-term goals? Whatever action the manager takes, what should she be thinking to keep this from happening again?

Three things: One, she has to say what the bottom line is, what the absolute requirement for conduct is. Often that's not clear, and expectations aren't the same for everybody. Superstars do get away with coming in late or being sloppy about certain details. She must establish a climate of perceived fairness and equity. Second, she needs to make a commitment to bringing the parties back together. This requires a series of conversations over time. And third, she should encourage her staff to get to know one another, respect one another and understand the priority of one another's projects. This effort at the front end is worthwhile, because when conflicts arise, people have a base of mutual respect to fall back on that will help them work through problems.

It's the responsibility of all three parties — the two in conflict and the manager — to find solutions. A one-time meeting where the manager says, "You've got to go away and get this taken care of" is rarely effective.