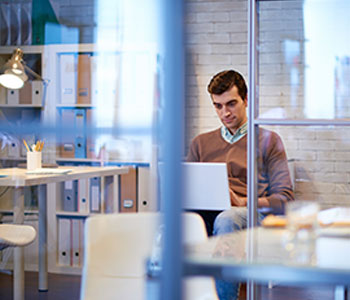 And not too long ago, I met a man who bemoaned the fact that everyone automatically refers to him as African American, despite the fact that he has only recently emigrated from Ghana. "I'm African, but I'm certainly not an American," he said.

"For census purposes, we're asked to fit ourselves into one of five categories," says Cornelia Gamlem, president of the GEMS Group, a human resources consulting firm based in Herndon, Virginia. These racial/ethnic categories are as follows: white, black, Asian and Pacific Islander, Hispanic, and American Indian, Eskimo or Aleut. "While people of the same race may share similarities, there are many cultural differences that need to be recognized."

For instance, a person who checks "black" on the census form may be American-born, or may hail from elsewhere, such as the Caribbean or an African nation. Likewise, a Hispanic person may be from places as disparate as New York City, Mexico, Cuba or Brazil. "The problem is that there may be a tendency to make assumptions about people, just by looking at their obvious characteristics," says Gamlem. "I see your skin is black, so I lump you into the African American category and figure that you're just like everybody else who grew up in this country. But if you were raised in the Caribbean or an African nation, I've made assumptions that are incorrect. This opens the door to discriminatory treatment and unfair practices."

While it might simplify life at the office if we could all just make assumptions about people based on their obvious physical characteristics, that kind of thinking just doesn't fit the bill anymore (not that it ever really did in the first place). "Diversity goes well beyond what one can visually see," Gamlem says. "It can be hidden." Gamlem remembers the time she was on a business trip and dining alone in a restaurant. After her meal, the waiter brought her a check and told her to have a nice Mother's Day. "He categorized me in a certain way. Because of my gender and age group, he assumed I was a mother."

Making assumptions based on a person's race can be an even dicier proposition. The fact is that, census categories notwithstanding, the United States is a vastly diverse population, and growing more so all the time. And in the end, a person's cultural identity is at least as important as his ethnic identity. For instance, the guy from Jamaica with an office next door to an African American may actually have more in common culturally with the light-skinned Cuban person down the hall.

So what's a person supposed to do? The answer, says Gamlem, is both incredibly simple and enormously difficult: "Appreciate people for who they are as individuals, not for what class of people they are assumed to be associated with." That means checking your biases and automatic stereotypes — we've all got them — at the door and taking some time to understand your coworkers' cultural backgrounds and values. Gamlem is the first to admit that this fundamental and necessary change in the way we view our fellow human beings won't happen overnight. "It's a process," she says. "It needs to be nurtured over time."