From allowing ceremonial clothing to time off for religious observance, the onus is on employers. 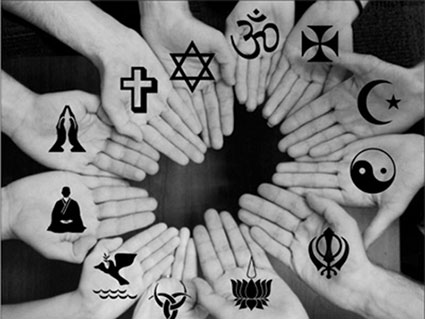 One of your new employees shows up a few weeks in wearing a hijab (head covering scarf) and niqab (a veil that leaves the eyes unconcealed). Some other workers and a few customers express discomfort. What should you do?

Or an employee refuses to work on Saturdays because that’s when they celebrate their Sabbath. But business is rough and you’ve demanded that all hands be on deck for weekends. Do you have options?

Religious accommodation laws in Canada set some fairly rigid guidelines. Make sure you understand these before mistakably trampling on a staff member’s rights.

Human rights legislation here prohibits discrimination in employment on the grounds of creed or religion. Not hiring someone because of their faith (or lack of it) is against the law. So is preventing an employee from wearing attire that is in keeping with their religious traditions.

Interfering with someone’s right to pray, or celebrate their holy days, is proscribed as well. If an employee needs some time and a quiet place at work to pray during the day, it should be provided. Time off for religious holidays and re-arranging of work schedules to enable this are mandatory too.

Customer preferences or local traditions do not change the employer’s duty to accommodate these matters. They are part of a genuine approach to workplace diversity.

The employer’s obligation to be flexible ends at the point of “undue hardship.” Except this legal term does not come with concrete parameters. Different provinces and court systems may interpret these limits individually.

The underlying principle is that accommodation must be made until it goes beyond being a mere inconvenience. At that stage all “reasonable” accommodations should have been made or offered by the employer. For instance if an employee requires several hours every day to pray, and this puts a significant strain on other workers – or creates costly disruptions in productivity – undue hardship may apply.

Dress codes can become a touchy issue when religious garb is involved. One example is an employee who sports a kirpan (ceremonial sword or dagger), which could cause people to stereotype the wearer.

Case law suggests that employers are allowed to expect a worker’s religious attire to be consistent with the prevailing garb standards. However that dress code must be a bona fide occupational requirement. In other words there needs to be a legitimate reason for demanding that employees dress a certain way.

So if there is genuine conflict between the dress code and a worker’s religious attire, but there is no valid reason to deny the worker their choice of apparel, then further accommodation may be required.

It seems sensible that an employer’s legal obligation to ensure its workers’ safety would be an overriding imperative. Yet this is not always the case. In the court case Bhinder v CN, an employee refused to wear a hard hat because he would have to remove his turban.

Although the Supreme Court of Canada found that the hard hat was a bona fide occupational requirement, and that this did not violate human rights, the Court later questioned its finding because there was no safety threat to others in not wearing the hard hat.

Time Off For Religious Observance

If a worker requests time off for religious purposes, you may inquire about the significance of those particular times. This has to be done respectfully and in good faith. Your goal should be to accommodate their needs if possible.

If doing so isn’t feasible, then you should speak to an employment lawyer before denying the request. Employers have to encourage workplace respect and civility. They must also make sure their policies are in line with Canadian values of inclusion, diversity, and tolerance. From keeping the interview legal onward, an employer can be sued for breaching the governing regulations.

While religion shouldn’t be a factor in who you hire, deeply held religious beliefs must be respected in the workplace as long as they can be reasonably accommodated. In fact, you’ll find that your staff will be highly productive in an environment that allows them to fully express themselves religiously, including days off for religious observances. Attract the best and brightest, regardless of religious belief or nonbelief, by posting a free job ad on Monster today.