Your Business Guide to Snapchat 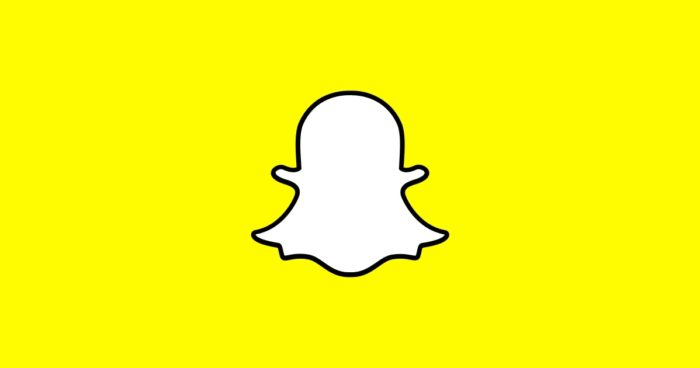 With the social media landscape evolving every day, it’s easy to feel the pressure of jumping on the next trendy bandwagon. Especially when an app featuring a “ghostly” icon seems to be appearing everywhere!

Snapchat, we’re looking at you: an effective channel to reach millennials, Gen Z, and a fun way to showcase a brand’s personality on social media.

Snapchat’s ascent as the “cool kid” on the social media block definitely makes it an appealing channel for brands. It’s engaging, it’s casual, and it gives followers a glimpse of a brand’s behind-the-scenes action in a raw, unfiltered way (as opposed to Instagram’s more curated, high-quality visual appeal).

Now don’t be ashamed to admit if:

A: You’ve never been on Snapchat

B: You have no idea how it works

We’re chatting about all things Snapchat — and whether your business should join in the fun of this engaging social media playground.

When Snapchat launched in September 2011, it started as a place to send your friends photos and messages that would disappear upon receipt. It has since evolved as a storytelling app:  Snapchat launched its “Stories” functionality in 2013, which means that you can post “snaps” of photos and/or videos strung together to create a longer narrative. Once posted, stories expire after 24 hours. (This creates a sense of urgency not offered with any other platform.)

In its most recent update (as recent as early July of this year!), Snapchat released a feature called “Memories,” allowing users to collect their saved snaps and stories. It also allows users to take photos and videos outside of Snapchat’s app and still be able to add this content to their “Stories” — making this a huge game changer for an app that up until recently was essentially used in real-time.

The engagement is certainly there. Now let’s take a look at the active audience:

Over 50% of teens in Canada are currently on Snapchat.

The biggest percentage of its users are 18-24 years old, at 37%, followed by 25-34 year-olds at 26% and Gen Z (“Edgers”) trailing slightly behind making up 23% of Snapchat’s users. Basically, about 50% of users are younger than 25. (Only 12% of Snapchat users are 35-54; these Gen X users are still on Instagram, but this number is growing steadily). Overall, 17 percent of Canadian internet users between the ages of 16 to 54 said they used the platform at least once.

So you’re thinking of starting a Snapchat account for your brand? Here are some ways to ensure you master it.

Have fun with your content and remember that Snapchat is all about showcasing a brand’s behind-the-scenes action.

So flip the script by adding any or all of the below to your “snaps”:

2- Get users to interact by “voting”: You can conduct polls on Snapchat by posting static photos and asking users to “screenshot” their favourites. This is a fun way to engage your audience and can even be an entry method to a contest, if your brand decides to conduct one. Taking a screen-capture of a snap is a metric that Snapchat tracks, so it’s one way to measure engagement (more on this later).

3- Host a takeover: Boost your reach by doing a Snapchat takeover with an on-brand celebrity or influencer. (You can also have some of your team members “take over” the brand’s Snapchat for a day, which is an easy and refreshing way to offer a different point of view!)

4- Be spontaneous: Snapchat lends itself well to unplanned, instant moments. Have fun!

Here are some easy topics to post on your brand’s Snapchat:

Is it right for your brand? Consider these…

Like any social media platform, it needs to make sense for your target audience, your brand positioning, as well as your resources. Before you start snapping and face-swapping, you need to make sure someone on your team — or a few team members — can be dedicated to this.

So which industries are most conducive to Snapchat’s tone?

While the “big boys” like Gatorade and General Electric (you read right: GE!) have been making waves on Snapchat, lifestyle brands are conducive to Snapchat’s visual and casual style. That said industries such as fashion, beauty, travel, and publishing present many “snap-portunities” and work incredibly well on Snapchat.

The downside of Snapchat

Warning: the “ghostly” social platform does frighten marketing execs, who are used to easily seeing data and statistics to better validate objectives and whether their KPIs are being met.

While Snapchat is engaging, it doesn’t ask users to “like” or “share,” making it challenging to track engagement. You can, however, manually track statistics such as views and number of screenshots taken, as mentioned. There’s also a “points system” as part of your profile.

So there you have it: the basics of Snapchat. As you can see, it takes dedication to come up with fresh content and commit to it, but it’s a fun way to excite your target audience and keep fans engaged.

If you feel it makes sense for your brand, consider giving it a try: it’s a low-risk endeavor with high rewards!

What do you think? Is your business ready to add Snapchat to its marketing strategy? There’s only one way to find out!