What Demotivates the Modern Employee? 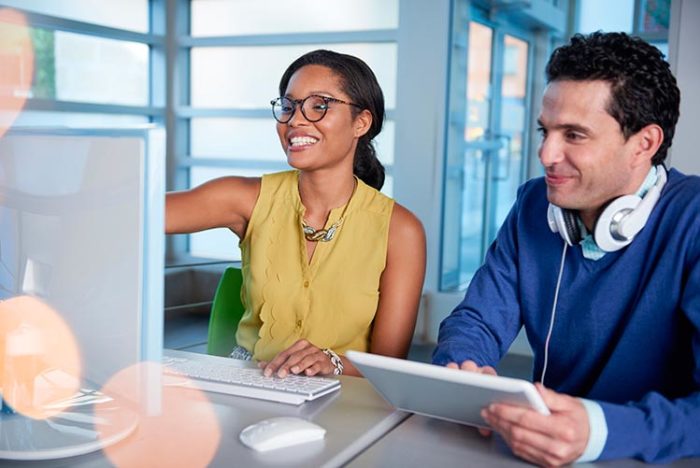 Never before in human history has the average worker had so much professional freedom and the choice of where and for whom to work. With the digital revolution knocking down physical and political barriers, workers in, say, rural Alaska can now earn a living providing services to an Australian energy producer. Personally, I have been able to find both partners and suppliers across the world from my modest home office. Similarly, I have also been able to employ a handful of people from across North America – all of whom I have never met. While this may sound completely insane to someone of my father's generation, this is simply how business is conducted today. Managing a workforce certainly has its challenges and, like most managers the world over, one of my principle concerns is that of employee retention and motivation. With many employment sectors rapidly moving to a virtualized environment, employers are growing more concerned about how to keep their workers motivated and productive from a distance.

Thing is, however, that this is not a modern concern. Management consultants and human resource specialists have been trying to uncover the secrets to human motivation since early civilization. As it happens, though, we are ever closer to finding the answer of what demotivates people from performing their jobs.

Many years ago, while working for a very small software development company, I made a small error that inadvertently caused a very minor issue for a client. Fortunately, I was able to reverse the problem within a few minutes and restored their data before anyone even noticed. The reality is that these things happen every day in every office around the world. My manager at the time, however, immediately revoked access from all system developers and instituted a cumbersome system where all verified work had to go through him. While he was certainly within his rights to implement this change, it did nothing more than demotivate the staff, who felt belittled by the move. As a result, our work suffered as did our client's projects. Whether you are managing a software developer, a bus driver or a brain surgeon, empowering your staff to perform their jobs is of critical importance. You are, after all, paying them a salary to perform work for which they are specialized. Removing this very basic element can be extremely damaging to the overall health of your employees as well as your business.

Video game giant Valve have created numerous headlines over the years by creating a management-free workplace where all employees are considered equal and choose to participate on projects based on interest. While the merits of this type of environment are heavily debated, one thing is certain: the opposite scenario is extremely undesirable. A company with a structurally heavy management tier can leave employees feeling controlled and undervalued. Companies that create a divisive line between management and the workers have a history of alienating staff and fostering environments that encourage survival over excellence.

There are few things that leave me scratching my head more than employers who demand their workers spend a defined number of hours at the office per week. By instituting a 40-hour work week you are guaranteeing that most of your employees will work exactly 40 hours per week – regardless of how much work they have to complete. As a former business owner, I completely abolished the concept of working hours and simply formed work periods based on tasks rather than working hours. This allowed my staff to have full control over their schedules and to have an increased sense of ownership over their work. If a specific project will take a team member one week to complete, he/she was free to complete the work whenever (and from wherever) they like as long as the deadlines were respected.

If your staff has been pressing the same buttons for quite a while, you should probably be looking at a very demotivated workforce who is probably ready to dust off their resume and get looking for something for new. Chances are you have a workforce frustrated with their job with little opportunity to grow professionally. While many of us have held jobs that have become predictable (dare I say comfortable?) that we fail to see the bigger picture. The best jobs out there involve the chance to progress your career. Make sure you are offering progress to your people and team!

Ultimately, we are all complex individual creatures with varying desires and goals. Over the course of my career I discovered that I am motivated when I am happy. And what makes me happy is a very personal, subjective thing. For example, I crave autonomy and the freedom to be creative in my work. If these elements are absent, I certainly become demotivated and uninspired. I advise those closest to me to discover what it is that motivates and demotivates them the most.

And then work to increase the presence of the former while eliminating the latter as much as possible.