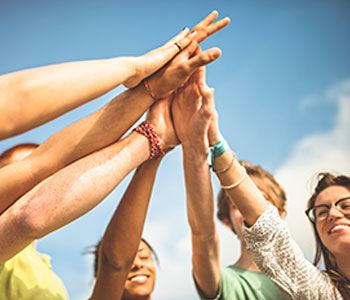 Has your company been bought out by a larger one lately? Or are you poised to take over a competing firm? If so, your staff may be in a lather about what's going to happen next. That's because they're probably unsure of their fate.
This fear of the unknown can damage your employees' confidence. It can stir rumour mongering and sabotaging of colleagues. Or you could find yourself in a pickle if you fail to train selected staff to take on new duties.
Nip these problems in the bud. To do so, consider the following options at your disposal.
Communicate Often
When employees are starved for information, they try to fill the gaps themselves. Rumours fly. Imaginations run wild about who will get promoted or laid off.
To minimize disappointment and reduce anxiety, keep your staff informed. Send out status updates at each stage of the merger or acquisition. Set up a "town hall" meeting where people can ask questions – preferably in person – about what's happening. Come prepared with answers but don't be afraid to say you don't have definitive details yet. Do promise to follow up as soon as news arrives.
Be Honest
No sense leading people on in terms of their future employment. It'll only make matters worse once reality hits. If you're the ones being acquired, it's very likely some of your employees will be cut afterward. There'll be redundant positions the new bosses have to eliminate.
Even if you're the company that's taking over, some of your people will have to alter their current roles or take on brand new ones.
Have private discussions with those you think will probably be most affected. Notify them sooner than later. You want to give them as much lead time as possible to prepare. Then, when the axe falls (or they get promoted), the transitions will flow smoother.
Demonstrate Fairness
Big changes can give your employees big worries. Like, will I be the one to get cut? How will I get up to speed if I have to change roles? Who will I be reporting to after the merger or acquisition?
In your decision to promote, shift or cut staff, show that you're being fair. Explain upfront the criteria you will use to determine outcomes. Maybe seniority is a factor. Or recent performance could figure in heavily.
Whichever schema you choose to use, it will save you headaches by being transparent. And consistent too. You don't want to demoralize your best people by showing unearned favouritism. Nor do you want to prompt defections if you cut (or promote) people in what seems like an arbitrary fashion.
Offer Additional Training and Development
During a merger or acquisition, a tendency toward employee paralysis can develop. Some workers feel it's better not to rock the boat in times of upheaval. Others may even try to become invisible, to avoid being seen and labelled "dead wood."
Address your staff's needs by offering extra training and development opportunities. For those who'll get promoted or have their roles altered, new skills will have to be learned anyway. Meanwhile the folks being cut can use the training as a way of boosting their marketability to employers.
Have A Post-Transition Plan In Place
In the months after the merger or acquisition, how will you keep your staff performing? By doing the following:
·         Monitoring individual efforts and providing relevant feedback
·         Rewarding positive behaviours with small bonuses or perks
·         Standing up for your people so that they get what they deserve
·         Continuing to keep staff informed of evolving changes
During mergers and acquisitions, turmoil is the norm. Calm the waters by being proactive, and by engaging your employees each step of the way.