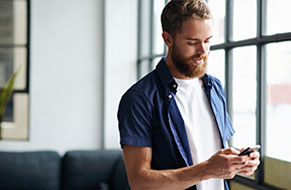 If you have ever worked as a recruiter or hiring manager, it is inevitable that you have hired someone who ends up being a bad fit. And rest assured this responsibility is not strictly shouldered by the hiring company: a traditional interview process is not infallible and can also convince a candidate to make a decision they may later regret. Having said that, hiring the wrong person can have far-reaching consequences within an organization. As a hiring manager, I have certainly hired people that turned out to be a poor fit for the role and have had to find ways to compensate for these decisions. Here are some suggestions for you to consider if you ever find yourself in such a situation:

Look, not every role within your company is glamorous or comes with a 6-figure salary. Many companies have a real need to fill positions that may be less appealing that simply don't pay well. This is a reality that every recruiter must confront when looking for candidates. With that in mind, it always preferable to be completely up-front about the reality of the position so that interested candidates can have an accurate idea of what the job entails before moving further along the hiring process. Personally, I have made the mistake of sugar-coating unpleasant jobs to try and recruit strong candidates. And, in each of these cases, this practice backfired and led to a certain degree of unpleasantness. Ultimately, the only candidates you want to consider are those who have a complete understanding of the role and are still willing to consider it.

Many companies are guilty of ignoring the huge costs associated to recruiting employees – recruiting and on-boarding are expensive and the lost productivity can lead to major delays on projects. Employers are often guilty of failing to look inwards when faced with an underperforming resource and almost always assume that the failing is strictly on the part of the employee. Such ignorance can be a leading cause for high employee turnover and costly talent loss. So, how can companies try and resolve this? Well, for starters, understanding the larger implications may improve some of the upstream processes. Additionally, having a more robust (and honest) interview process can help avoid incurring these downstream costs.

Many companies protect themselves against poor hiring decisions by inserting probationary clauses in all employment contracts. In essence, these clauses provide the employer some recourse in the event that a new employee does not perform as expected. While these clauses are not loved by new employees, they have become so commonplace in Canada that they have become universally accepted. Having said that, all employers should understand their obligations and options before making any decisions.

Admittedly, it can be hard to get to know someone personally during a formal and impersonal interview process. As such, it can be very difficult to recruit employees based on their personalities. However, anyone who has made an unpopular hire can attest to the benefit of taking some extra time to get to know a candidate personally before deciding to hire them. Personally, I find that meeting candidates in social settings can be a great way to get to know them. Rather than having a stodgy interview in a board room, I have opted to have a coffee with candidates (often including other members of my team). This setting allows for a more personal and intimate meeting, during which my team can determine whether we have found the right candidate or not.

Having to fire someone should always be the last resort. However, there are times when this is the only course of action and it should be taken decisively. Many companies shy away from terminating employees as it can certainly have a very large organizational impact. But the burden of carrying a bad employee can be more damaging in the long run. As soon as you have determined that you have hired the wrong person and that there is no other recourse, moving directly towards termination is often the right (albeit difficult) decision to take.