Culture-Based Recruiting: Hire for the Organization, Not Just the Job 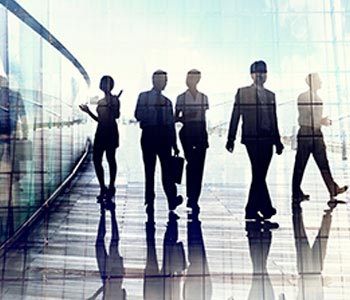 Commonly thought of as "the way things are done around here," company culture differs widely depending on where "here" is. These differences are meaningful, as culture is often a key factor in long-term organizational success.

Despite its importance, most companies pay relatively little formal attention to culture, simply letting it evolve. This is unfortunate, since actively managing and developing culture through recruitment can significantly improve employee retention and performance, which directly influence organizational profitability and growth.

What Is Organizational Culture?

Organizational culture refers to employees' shared assumptions and norms, as well as tangible aspects of the work environment that influence and reflect these beliefs. Whether employees are comfortable openly disagreeing with superiors is a reflection of organizational culture. So are reserved parking spaces and on-site day care.

Ultimately, the most important aspect of organizational culture is the beliefs employees and leaders share about behavior and its consequences. As the saying goes, "perception is reality," and cultural beliefs define perception within an organization. If employees believe they will be punished for pointing out flaws in their boss's ideas, they may not share feedback, even if it would be accepted. Similarly, employees who believe their contributions are truly valued are more likely to forgive minor inequities in compensation and benefits.

Why Is Culture Important?

There are as many different organizational cultures as there are organizations. A culture's effectiveness depends on an organization's business market, strategies and workforce. For example, an effective culture for an entertainment company may be disastrous for an automotive manufacturer; do we want people who build cars to work in the same way as people who produce TV programs? What research makes clear is that culture influences organizational performance, whether performance is defined in terms of customer satisfaction, attendance, safety, stock price or productivity.

Which Culture Is Best?

There is no single best culture. However, some cultures are clearly more effective than others are. Built to Last by James Collins and Jerry Porras describes the characteristics of 18 US companies that remained consistently among the top of their markets for more than 50 years. Somewhat surprisingly, these companies did not share any common, distinctive cultural attributes. However, all 18 companies placed tremendous value on hiring, developing and managing employees based on clear cultural principles and beliefs. Each knew what culture they wanted to have and sought to hire people who fit their unique culture.

How Is Culture Related to Recruitment?

The main relationships between culture and recruiting are associated with employee attraction, selection and retention. From an attraction standpoint, culture is primarily about the brand image a company projects. Companies that take culture seriously actively market their culture to candidates. This attracts people who will thrive in the organization and repels people who would be more effective working elsewhere. To get a sense of this, compare the job sites for Sony Electronics and Federated Department stores. Federated predominately employs women, and the Federated Web site has been described as more feminine. In contrast, Sony Electronics' job site conveys technological creativity and innovation. Both Web sites are well-designed in terms of usability; however, they will likely appeal to very different people.

Such efforts pay off directly and indirectly. One study found college students would accept an average of 7 percent less starting pay to work for companies with cultures they value and appreciate. There is also a wealth of data showing that cultural fit impacts employee retention and performance. For example, an insurance company found departments whose environments aligned with the company's stated cultural goals had 30 percent less turnover. People appeared to join the company expecting a certain culture, and if their expectations were not met, they left.

Another reason to recruit around culture is that while job demands and requirements constantly shift, a defining characteristic of culture is that it remains constant in the face of change. A person hired based partly on his fit with an organization's culture is more likely to continue on as a valuable company resource, even if the position he was originally hired for ceases to exist. In fact, an effective organizational culture actually helps people work together to adapt to business changes.