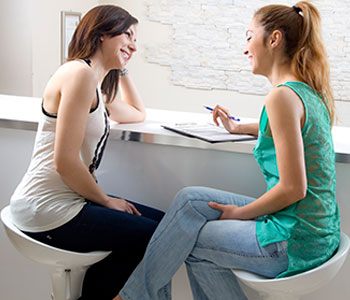 Have you ever laid off an employee then considered bringing them back? Do you sometimes receive job applications from candidates who worked for your organization in the past?

“Rehiring” (also known as boomerang hiring) is the act of bringing aboard former workers. It is a common practice in seasonal industries and in markets where the labour force isn’t overly plentiful.
Is it appropriate for your firm? The answer depends on your hiring policies, availability of qualified candidates, and the reasons for your former employee’s departure.

Why It Might Make Sense To Hire A Boomerang Employee

One general benefit of rehiring a former worker is their pre-existing knowledge of your organization’s culture and ways of getting things done. This can reduce training time when they rejoin. It may also provide some assurance that the candidate fits in well.
Boomerang employees tend to be very appreciative that you are willing to take them back. That can pay off in terms of their increased loyalty and productivity.
Moreover, in the case of high performing ex-employees, rehiring them can be a great means of keeping them out of the grasping hands of your competitors.

Obviously if you previously let the applicant go for underperforming or another valid termination reason, you had better be certain that the offending behaviour won’t come back to haunt you.
But there are other negative factors to take into account as well. It could be that there are lingering feelings of anger or betrayal on either side. Then again it may be your corporate culture has changed in the intervening years and the applicant is no longer fits in.
Bringing back a prior employee can also create resentment in existing staff. And it could unintentionally trigger other staff departures. A case in point is where you promote the returning worker to a higher level upon their return: your other staff may see this as a signal that the better way to rise up the ladder is to exit you now and re-apply later on.

Why Did The Employee Leave In The First Place?

When your ex-workers left they either resigned or they were asked to go. The basis for rehiring starts with their exit interview—or other information gathering you conducted—at the time they moved on.
Was your past employee terminated for cause, such as theft or insubordination? If so, you had best be very careful about extending them a new offer of employment. Otherwise you could needlessly expose yourself to serious risk.
But if you downsized this worker for no fault of their own, or if they themselves resigned for a legitimate reason (such as having to care for an ill family member, or to try their hand at working in a new industry or role), a grey area emerges. This is when a Rehiring Policy is called for.

Like all guidelines you develop, a Rehiring Policy should contribute to your workplace’s productivity and adhere to legal standards. It should cover such areas as who is eligible for rehiring, and who is not.
You might for example give preference to ex-employees who had gone off to try their hand at consulting or starting their own business, only to realize that they fared better in an established setting.
At the same time you might disallow former workers who were considered problem employees. This could apply as well to those who left you in a lurch without sufficient notice, or have underperformed in their job(s) since exiting.

Welcoming Your Boomerang Employee Back

Count on some initial awkwardness on both sides when your former employee comes back to the fold. It might take a little while to get re-accustomed to the flow of things.
You can help with the transition by treating your returnees hospitably. If possible, try to restore their benefits to at least the same level as they were before. Make time to introduce them around the same as if they were a new hire. Brief them on new projects and establish clear expectations right away.
Boomerang workers are a possible source of added efficiencies. They offer the prospect of quickly contributing, fitting in smoothly, and repaying your decision to hire them by displaying extra effort and loyalty. All of which are good reasons to keep them in mind the next time you need to fill a vacancy.

Are You Considering Hiring an Employee Back?

It can be tempting to bring someone back into the fold. But even if they worked out well for you in the past, you need to make sure that they’re the right fit for you now. The best way to do so is to take a look at the competition. That’s where we step in. At Monster, we can connect you with qualified applicants today, and it can all start with a free job post.