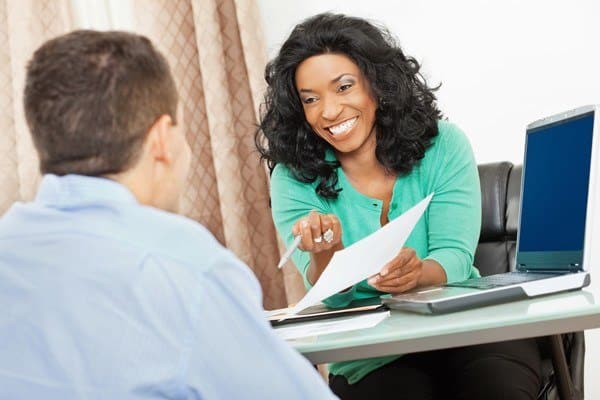 Some notable employers are changing the way they rank and give feedback to their staff. Performance reviews are evolving to be more nimble and constructive.

A few companies are scrapping old systems outright. No more annual nerve-wracking meetings that determine a worker’s fate. On to more informal input throughout the year.

The newer approaches promise less stress, greater engagement. They require managers to evolve into coaches (and motivators) with the help of special training.

Once-a-year meetings to discuss productivity and professional development are the norm. They’ve been around for decades. Not so much because they’re beloved. But in the absence of something simpler and more effective, they have inertia.

The standard review process, held annually, puts too much time between employer performance and useful feedback. Achievements in the first six months get forgotten or downplayed. A “what have you done for us lately” mentality can leave staff feeling pressured, and unappreciated for ongoing contributions.

As well, problems mount over time without a conduit for regular feedback. Employees may go off track in fixable ways, only to dig themselves deeper because their manager is waiting until months from now to deliver an evaluation.

A Trend Is Underway

Accenture is joining a small but prominent list of major corporations that are jettisoning forced rankings, time-consuming paperwork and frustrations of delayed feedback. Six percent of Fortune 500 companies have gotten rid of rankings, according to management research firm CEB.

A business that has done this particularly well is BASF Canada’s Crop Protection division (a group that develops and manufactures crop protection products for Canadian farmers). Thirteen years ago, BASF Canada started their Managerial Coaching program. It trains leaders to be encouraging coaches.

Instead of annual reviews, the newer systems are attempting to create a culture of constructive input and frequent developmental discussions between managers and their direct reports.

Performance talks can be held at the start, middle or end of projects. Or they can be scheduled for every few weeks, monthly or quarterly.

At Gap, for example, the company ditched traditional reviews for monthly one-on-one conversations. Part of the motivation for the redesign was to take some of the formality – and, therefore, the tension and awkwardness – out of reviews and encourage quality conversations in a less threatening format.

The frequency for check-ins is something organizations – and the managers and employees involved – will need to determine for themselves. Employees should not feel bombarded by constant feedback or almost relentless input into how they’re performing

Something else is changing about these new-style reviews. There’s less harsh criticism, more pointing out where strengths were used and contributions made. This is easier to do when recent performance is fresh in everyone’s mind.

Development plans still are based on improving skills and knowledge gaps. Only they are tied to specific, shorter-term goals that guide the employee and improve their odds of succeeding.

So is this a kinder, productivity-encouraging system of assessment? It takes more work for managers to reframe negatives into positives. Adequate training is required. With it, however, reviews may become coaching sessions that uplift, not tear down