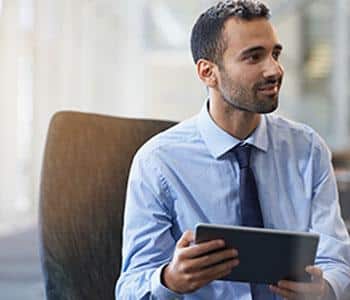 Building market share. Leading the competition. Driving innovation. Whether your business is based in Boston or Brussels, you know that executives face greater challenges and more competition than ever before. To break away from the pack, you need to look for new ideas where others don't. To exceed your competition, you need to find new markets, create new services, and develop new strategies.

How do you do that?

As Johansson describes it, the Medici effect (pronounced MED-itch-ee) is what happens when people from different backgrounds interact to unleash new ideas, new innovations and new and creative approaches. The Medici effect, Johansson believes, is the single best way to create market share, profit margin and cost savings. He drew the name from the 15th-century Medici family, who brought together artists, philosophers, mathematicians, writers, and others from across Europe and the world, launching the Renaissance.

The Medici effect is hugely important for staffing companies, he adds, because they can help meet their clients' needs by staffing for diversity, bringing in people from different backgrounds, experiences, and cultures.

"It may not be easy to convince clients that diversity is the way to go," he admits. Companies tend to look for fit. Does the person fit the company? Does the person fit the job? The underlying unconscious question is, "Is this person like myself?" While that's certainly a more comfortable and safe environment, it doesn’t necessarily foster brainstorming and new ideas.

Keep in mind, Johansson says, that the idea is not to create diversity just for diversity's sake, but to bring together a mix of backgrounds and experiences that will lead to new ways of operating. Diversity includes a mix of cultures, ethnicities, and gender, as well as diversity of work experience, education, and expertise.

The second thing companies must do, Johansson says, is to manage diversity once they have it. People won't just come together and start producing new ideas. "We automatically look for people like ourselves; it's a natural human instinct. Diversity has to be leveraged by bringing teams together to solve problems or create new services."

Johansson cautions that you can't bring diverse people together and just let things fly. Chaos will ensue. "Simply bringing people together from different disciplines and cultures, with varied thinking styles, different values, and diverse attitudes is not the same as putting together an innovative team. Basic problematic group dynamics will work against you unless the group is managed appropriately."

What Happens When a Goat Meets a Spider?

Diversity isn't just a way to recruit employees. It's also an important tenet of company operations. "All new ideas are combinations of existing ideas," says Johansson. "Thomas Edison came up with the idea for the screw top of a light bulb by looking at a bottle top."

Then there's the spider and the goat. Johansson says that Nexia, a Canadian company, hatched an idea to combine spider webbing with goat milk to create "threads… that are five times stronger than steel," according to an article in Smithsonian magazine. "The company has made products from fishing lines to artificial tendons," he explains, "because of the original idea to combine two unlike things."

Don't imagine that Nexia just had one brilliant idea, tried it, and launched a line of products, says Johansson, because innovation doesn't work that way. Innovation invites failure in and asks it to take a seat in the living room. "It's inherent in success. Failures will happen over and over again.”

"People who are deeply creative achieve success by trying again and again until they succeed. Only a fraction of Einstein's ideas actually played out. People won't know what works and what doesn't until they try their ideas."

Because failure is part of innovation, another necessary ingredient in achieving the Medici effect is passion. "Passion gives people the stamina to stick to something until it works," Johansson explains. Too many people, however, are not doing what they are passionate about, and companies often don't spend the time to find out what their employees' passions are and how they might lead to brilliant new ideas for the company.

If they did, says Johansson, they might be surprised at the contributions those employees would make. "The head of research at Cornell spends a lot of time getting to know the people who work for her through informal conversations that give people the freedom to respond authentically rather than with what they think she wants to hear."

In her conversations with a quantum mechanical researcher, she discovered that he really didn't like doing research. "He wanted to see the impact of what he did, and he didn't have that chance as a researcher. So she put him on a team in a position well below his competence level. He brought a perspective no one else on the team could offer and became one of its most productive members. She satisfied his passion to see the value of his work, and he responded."

From case studies, Johansson has found that the most successful companies — whether large or small — strategically create intersections where people from different backgrounds, cultures, and perspectives come together to challenge assumptions and explore new ways of doing things. The result is an exponential increase in creativity and innovation. This has profound implications for staffing firms, both for internal operations and for their role in providing human resource services and solutions to clients.

Johansson was the opening keynote speaker at Staffing World 2008, the ASA convention and expo held Oct. 22–25, 2008 in San Diego.