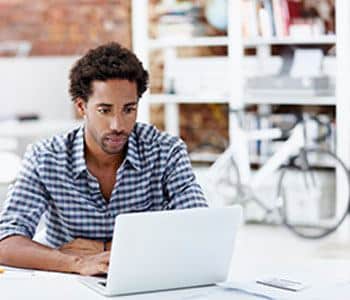 Has this happened to you? The conversation drifting over the cubicle wall is in Chinese, and you wonder: Are my colleagues talking about me?

Or you and a coworker are in the cafeteria talking about Mexico’s World Cup chances. Suddenly, you notice angry glances from the next table. It’s not your soccer analysis; it’s that you’re not speaking English that galls them.

As America’s workplaces become more diverse, so do the languages spoken there. And sometimes tensions and controversies result.

Susan Warner knows the feelings well. The 65-year-old president and general counsel of Human Resource Trouble Shooters, a Philadelphia consulting firm, recalls the early days of her career as the only female HR manager. The eight other men “spoke their male language — football or baseball or curse words — and shut me out. It was very conscious. They didn’t want me to understand them. If I complained, they adjourned to the men’s room.”

Warner compares this experience to using a language other than English in the workplace. “If you can speak English, you should,” she says. “It’s very disconcerting to have different languages spoken. It’s rude, and it increases the chances of people not understanding each other. I call that a ‘language-hostile environment.'”

Warner realizes her position may sound harsh. But, “this is really about inclusion,” she says. “If you don’t speak English, you’re shutting people out.”

There are exceptions — for example, on a manufacturing line where everyone speaks a common language other than English or during a break when no English-only speakers are present. Warner agrees that a worker who does not know English or who speaks it poorly might feel more comfortable using another language. She suggests employers should provide English-language instruction.

But even when talking about the World Cup at lunch with other people around, Warner believes the use of foreign languages is inappropriate. “My presumption would be that [speakers of another language] don’t want me to know what they’re saying,” she explains. “It’s the same as if two people whispered while I sat nearby. That’s a deliberate intention to shut me out.”

Cubicle workers “overhear each other all the time,” Warner says. “What we say in cubicles is not confidential. In fact, many times overhearing a conversation gives people more information, so they do a better job at work.” In this case, non-English conversations are not just exclusionary, but counterproductive for everyone, she says.

Hugh Tranum, publisher of the newsletters Managing Diversity and HR Fact Finder, concurs with Warner. “I do labor management law,” he says. “In the middle of one meeting, a director and assistant broke into their native language. That kept me out of the loop.” It took a meeting with their supervisor to make them understand that despite their benign intentions, it created exclusionary perceptions.

Today, Tranum says, companies are developing policies to address multilingual etiquette. “They see it as an issue they need to think about, without bringing the hammer down. Hopefully they can cover conditions like whether a conversation is private or work-related.”

English Comprehension Can Be Required

While federal law does not cover workplace languages, Warner says it is legal to require an ability to speak or read English if an employee must communicate at work or read job-related material.

“Even an entry-level janitorial job requires skills and duties that must be communicated,” Warner says. “Think about a hospital with many sanitation issues. I can’t imagine any job where it’s not necessary to at least understand English.”

So should managers learn another language to communicate with employees? “It’s healthy to know more than one language,” says Warner. “We don’t encourage that enough in the United States. It certainly would behoove a supervisor for safety reasons. And a social worker or physician’s assistant working in a primarily Hispanic area probably should be required to speak, read and understand Spanish, and understand Spanish culture; that’s a specific requirement for that job. But there’s no law requiring it.”

Tranum notes that particularly in technology and marketing, workers are now hired because of fluency in languages like Chinese and Korean as well as Spanish. “There will be an amalgam of languages spoken in the workplace,” he says. “It’s a fact: People who don’t speak those languages may not know everything that’s going on.”

Ready to Staff Your Multilingual Workplace?

Workplace etiquette is important in any environment, but especially one where people come from different backgrounds and norms. Ensuring harmony in your workplace starts with hiring the right people. Find out how you can get the process right by listing a free job post with Monster.