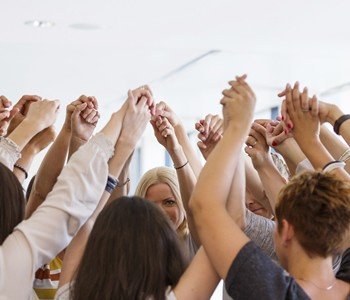 Any sports fan can tell you that a major injury to a key player can wreak havoc on a season. What happens when your team's all-star goalie is out for a prolonged period of time? Chances are, the team does not have someone as heralded to take his place. But, having said that, the team does have a well-qualified back-up who is able to step in and take over the role. In the business world, however, these implications are often felt more acutely as very few businesses have the luxury of having a back-up resource waiting in the wings. Nearly every experienced manager has run into the issue of having to find a solution when a key contributor is unexpectedly unavailable to work. And nearly every manager has wished that he/she had addressed the issue of skill redundancy before it was truly needed.

Re-training or re-aligning your resources is a long-term and potentially disruptive approach for an unplanned staff shortage. But rest assured there are a few non-intrusive approaches that you can address in the short-term. For example, ensure that similar resources have equal access to tools/documents/mailboxes within the organisation. Nothing is more frustrating than not being able to access a spreadsheet simply because someone is on vacation. Additionally, are there policies and procedures that are not well-documented and live solely in the brain of trusted resources? What about instituting regular remote data back-ups so that information is not exclusively stored on a single computer? There are a great number of processes you can put in place immediately to help prepare for the worst.

Typically, the smaller the team, the more difficult it is to replace the output of a single person. As a former small business owner, I was the single point of failure for most core business functions. If I was absent from the office, the business would suffer. And it was very difficult for me to learn to delegate important tasks to others. But it became necessary as the business grew and my time became scarcer. Implementing higher levels of redundancy will have a tremendous impact on smaller teams as failing to do so will have a disproportionately larger cost. Larger organisations can often absorb employee scarcity by virtue of having a greater volume of similar profiles.

Personally, I have always found the recruiting and hiring process exciting and invigorating. It offers an opportunity to consider a new approach to a role or to find a newly-motivated person to take charge. But this is also a good time to take stock of the team at large and consider the cross-over implications of bringing in a new resource. If your team has a skill shortage in a particular area, it could be wise to recruit based on this scarcity. It is also a good idea to take stock of all of your team's priorities and determine whether a new resource can have some form of cross-over benefit. For example, when looking for a social media manager, I was sure to hire someone with some web design skills as there was a secondary need for that within my team.

Unquestionably, increasing diversity in the workplace produces an overwhelming net positive for most businesses. Increased diversity leads to decreased attrition, improved productivity and overall employee satisfaction. Having said that, when building a team, having too much skill diversity can possibly be a bad thing. Structures that rely too heavily on diversity run the risk of falling apart when key members of that team depart. But what is the solution? Teams that are too homogenous don't benefit from the creativity or spark that heterogeneity provides. Finding this correct balance is not a straightforward proposition and has left many managers wondering how to effectively staff their teams.

Ned Smith and Yuan Hou co-wrote a research paper on team diversity using NBA player data, arriving at a new principle they called "redundant heterogeneity": a structure whereby an organization presents both diversity within a tier and similarity between tiers. This provides a "best of both worlds" scenario where heterogeneity exists at the same level within an organization but is supported by redundant skills at other levels. For example, a diverse group of partners in a law firm do not have any cross-over skills among themselves but are fully redundant with the junior partners within the firm. This allows for welcome diversity at the team level with a strong sense of redundancy at the organisational level.

In closing, and I speak now from personal experience, I encourage every manager to spend some time shadowing their staff members to ensure some level of redundancy exists at the managerial level. You never know when you may need it.