How to Spot Liars, Fibbers And Fudgers In Interviews 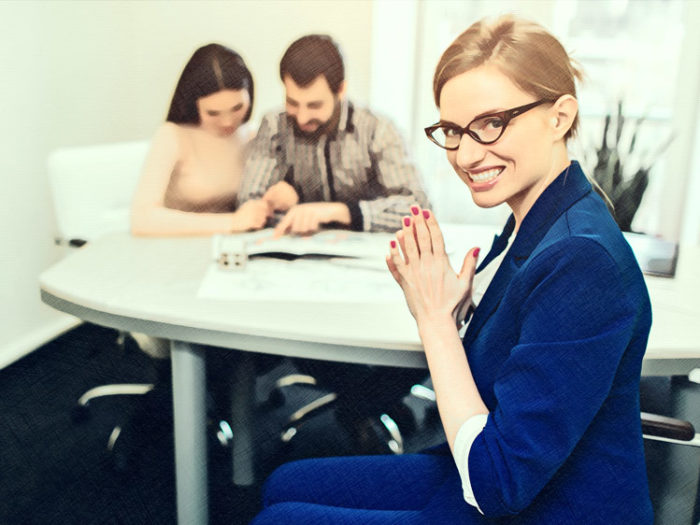 Sitting across your table is the twelfth candidate you’ve vetted in three days of gruelling, rigorous interviewing. The role they’ll fill if you select them is pivotal to your company’s growth.

Everyone is counting on you to make the right hire this time. Not like the last employee, you brought onboard; the one that grossly fudged sales figures cheated on their expense account and lied to your biggest customer about delivery times, nearly costing your firm the client – and you your job.

You’ve got this second chance to prove you know how to separate the wheat from the chaff. That’s why you should listen to the experts on how to detect fibbing finalists.
Sometimes What Seems Obvious Isn’t
Drenched shirts. Trembling hands. Failure to meet your gaze. Are these dead giveaways of a lying interviewee? Or might these simply be normal behaviours of someone under the stress of being judged?
According to the Economic and Social Research Council, such visual cues can be deceiving even to police officers trained in spotting the dishonest. The Council’s Professor Aldert Vrij explains: "Certain visual behaviours are associated with lying, but this doesn't always work. Nor is comparing a suspect's responses during small talk, and then in a formal interview, likely to be much help. Whether lying or telling the truth, people are likely to behave quite differently in these two situations."
In other words “…there is no ‘Pinocchio effect’ when it comes to deception, according to Dr. Mark G. Frank, co-author of the book Deception: from ancient empires to Internet dating.
Being A Trusting Interviewer Can Actually Help

If you’re cynical and paranoid as an interviewer, you’re more likely to spot deception. Right? Not necessarily. In fact, Nancy Carter and Mark Weber of the Rotman School of Management at the University of Toronto did a study that showed the opposite."Although people seem to believe that low trusters are better lie detectors and less gullible than high trusters,” the co-authors wrote, “these results suggest that the reverse is true,"

They add that "High trusters were better lie-detectors than were low trusters; they also formed more appropriate impressions and hiring intentions.” According to Carter and Weber, "People who trust others are not pie-in-the-sky Pollyannas, their interpersonal accuracy may make them particularly good at hiring, recruitment, and identifying good friends and worthy business partners."

Joe Navarro is a former FBI Counterintelligence Agent and “Psychology Today” contributor. He’s also the author “What Every Body is Saying." Navarro tells us that every time you pose a question, you get four chances to observe if the applicant is prevaricating physically.

1. As you ask the question

Look for behaviours “that indicates the individual is freezing or restricting movement or is negatively affected by the question (compressed lips, chin withdrawal, crossed arms across their chest).”

2. While the interviewee processes the question

Do they ask to repeat the question, a delay tactic perhaps? Do they look like they are doing trigonometry in their head (cognitive load)? “Did they suddenly lock their ankles around the legs of the chair, are they looking straight ahead frozen, are their eyes moving around, did their blink rate go up?” asks Navarro.

3. When they answer your question

Watch for lack of conviction and a wavering voice. They might restrict their arm movement and claim less space. “Are they hiding their thumbs or their fingers, are the palms up rather than down, is the chin down rather than out, and are the shoulders rising toward the ears?”

4. After the question has been answered

“Most people don’t realize that after a question is answered, the interviewee will, if there is guilty knowledge, do some moving around, self-adjusting, exhaling with puffed cheeks, prolonged exhale, self-touching or self-soothing to relieve the stress he or she has endured hearing the question, processing it, then answering that question.”

Setting An Atmosphere That Encourages Honesty

If you want honest replies to your interview questions, there’s much you can do beforehand. Creating an environment of openness and transparency in the hiring process itself makes a difference.

For instance, your website should accurately convey information about your company. In the Careers or Hiring section, job postings should be informatively descriptive, not cryptic or misleading.
As for you, the interviewer, are you being authentic in discussions with the candidate? If you’ve tended to exaggerate about the job, or have left out important details, the applicant may get the impression that full disclosure may not be in their own best interest.
Trust Your Impressions But Check The Facts

You may pride yourself on your ability to hire intuitively. But if you can’t afford to make a recruiting error, best you follow up to ascertain the facts. Check references carefully. Validate degrees and claimed qualifications. Compare interviewing style and vocabulary level to the writing in the candidate’s resume.

It’s not always possible to spot the liar. Sociopaths, for example, can fool just about anyone. Practiced deceivers know how to get away with whoppers. So use your gut, watch for physical cues that suggest there may be something to investigate, and fact checks thoroughly. You needn’t work for the FBI to find telling discrepancies.