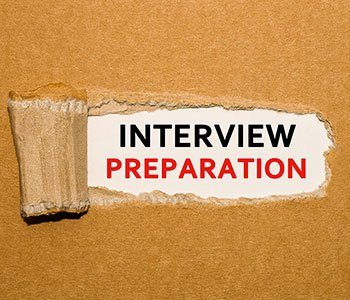 Buckets of sweat soak your interviewee. The person avoids eye contact. Are they lying to you? Just nervous? Maybe you’re disposed to interpret their actions one way or the other.

That would reveal your cognitive bias for visual cues. It’s but one of many that plague typical interviews. People are prone to make assumptions and lean on mental shortcuts. Candidate assessments are riddled with these sorts of distortions.

While some are harmless stereotypes (e.g. people who wear glasses look smarter), other biases can render your impressions invalid. Being aware of them can help your hiring acumen.

Interviews are artificial situations. They favour people who don’t get overwhelmed by nerves, and who’ve memorized great answers. Anxious candidates, on the other hand, may fidget, ramble or even forget the question. These responses are common to interview stress. But it’s easy to conclude that the person possesses these traits in general. Consider this a sub-branch of resorting to stereotyping.

Candidates who are just like you are superior. So goes the thinking of this tricky rule-of-thumb. Attending the same schools, having related interests, watching the same shows…these give you a sense of comfort and inflated familiarity.

Thing is they have nothing to do with the job. Hiring mistakes may result. In fact someone with a different background might bring new, more effective perspectives. Outsiders can also reduce group-think that leads to unanimously bad decisions.

Due to the vagaries of impression formation, structured interviewing is customary. Psychological testing also reduces bias. Yet somewhere in this onslaught of science, gut-feel gets rejected.

Interview intuition can still trigger valuable insights. However relying on personal perceptions is dicey. People who pride themselves on their instincts believe they don’t need test results or references to tell them what they already know. In some cases that may true. In others it leads us to the next bias.

Being under the gun to hire quickly can make interviewers more fallible. Pressure to get bodies aboard soon – or else – can produce cognitive warps. Among these is failing to apply the usual amount of reason or care in the selection process.

Instead a hope-for-the-best mentality prevails. The candidate is fairly qualified, references were spotty though, but maybe, oh please, let this person rise to the job’s demands. For the interviewer’s sake that had better be the case.

An interviewee doesn’t arrive in a vacuum. By the time they show up for questioning, their resume (and maybe cover letter) has been read several times. Potentially their social media sites have been checked. An external recruiter might have given their two cents worth. All of which could influence the interviewer’s initial opinion.

Subconsciously they may find themselves asking questions, or construing answers, so that the first impression is continually supported. It’s a way of avoiding cognitive dissonance (believing one thing despite evidence of the opposite being true). As well it overlaps with wishful thinking.

Speaking of overlapping, confirmation bias has a twin sibling. The halo effect is when one or two standout traits of an interviewee colour the remaining proceeding.

Say the interviewee presents early as informed and enthusiastic. Why not let those qualities govern other observations? You’re impressed, after all, from the outset. No sense complicating matters by digging for conflicting signals. Of course this is another form of wishful thinking. Here you’re willing to overlook some negatives if they arise, because they don’t fit your neatly packaged schema.

The human mind is an imperfect machine. It has to contend with all sorts of contradictory stuff. Forming perfectly unbiased impressions is nearly impossible.

Try to understanding certain influences on how you process information. Bias reduction takes practice and a willingness to recognize your mind’s workings, even when using blind recruitment.