Should Companies Be Heading Towards Blind Recruitment? 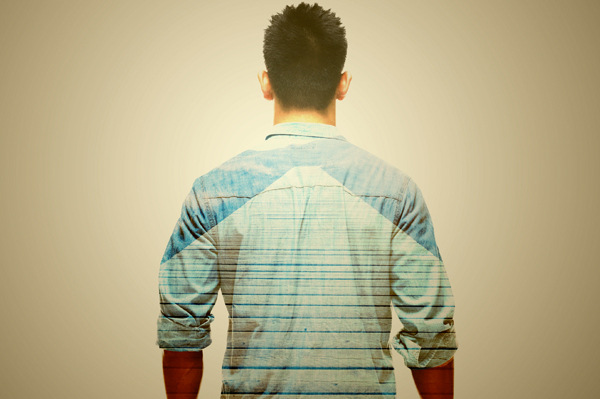 If you've ever watched the popular talent show, The Voice, you will be familiar with the term "blind audition". In essence, a contestant takes to a stage and sings a song to a panel of four judges, each of whom has the option to bid to have said singer join his/her team. The twist is that the judges are not able to see the singer, allowing the contestant's voice to be the only factor upon which the judges perform their evaluation. While this may appear to be a reality show gimmick, it makes a very powerful statement about the inherent bias we all may have with regards to age, ethnicity or appearance. Welcome to blind recruitment.

Blind recruitment, the practice of removing personally identifiable information from the resumes of applicants including their name, gender, age, education, and even sometimes the number of years of experience, is gaining popularity. But, can it translate to corporate world and, more importantly, should it?

Whether you care to admit it or not, gender inequality is still an issue in the modern workforce. A recent study published by Proceedings of the National Academy of Sciences reveals that both male and female managers are twice as likely to hire a man over a woman. It may be surprising to discover that female hiring managers also exhibit inherent biases against women. To wit, the study shows that when presented with equal-performing candidates, men were 1.5 times more likely to be hired. Even more telling, when a lesser candidate was hired in lieu of a more qualified candidate, the lesser candidate was a man over two thirds of the time. So, how can these biases be eliminated? Many forms of performance testing can be performed anonymously and it is possible to conceal the name of a candidate from an application.

Psychologists use the term "unconscious bias" to describe the instinctive behaviour that people exhibit in their daily interactions. These biases can be as subtle as not making eye contact when shaking a person's hand or where we choose to sit on the bus. While many of us may feel that we do not exhibit these behaviours, psychologists Anthony Greenwald and Mahzarin Banaji disagree: they defined the term “implicit stereotype”, which describes how we unconsciously attach characteristics to people from certain social groups, which may have been influenced by our culture, upbringing and previous experiences. In the workplace, many companies have been increasingly working to eliminate these biases or behaviours as a means of improving diversity and wooing the best talent. In a well-known US study, orchestras who used screens to audition musicians saw a 50% increase in the number of women who made it past the first round.

A few years ago, I published a job posting for an open position within my company and received over 200 resumes. As an exercise to see if I exhibited any form of bias, I recently went back to review all my shortlisted candidates. To my surprise, 90% of my top candidates were all women with traditional Anglo Saxon names. How can I explain this? My assumptions are as follows: given that the position had been previously held by a woman, I may have had a natural inclination towards believing that a woman was better-suited for the role. Additionally, the role required strong English writing skills so I held an instinctive bias in favour of people who had names that suggested they were native English speakers. While this was an extremely interesting exercise, it revealed an unconscious behaviour that a blind resume screening may have eliminated.

The problem that has faced nearly every young job seeker is the paradox of inexperience: how can one gain experience if no one is willing to hire someone with no experience? Often, recruiters and hiring managers unfairly stigmatize young job seekers as they are regarded as untested or have not yet paid their dues. And this is often a huge barrier for many young people trying to find meaningful work. Age discrimination is a very real issue in today's workforce but it is often regarded as less discriminatory as it is somewhat expected that young people will have to take the jobs that older people may not want. While it may seem somewhat revolutionary to, say, hire a young woman to lead a large team of experienced professionals, maybe our unbiased behaviors will reveal that this may actually be the best way forward.

Should a company consider blind recruitment, then? Why not. Millennials, the largest living generation entering the workforce today, are changing the world of recruitment in a very fast pace. If you want your organization to succeed you must definitely choose the best talent possible out there no matter what.  That's the whole point of all this: to #findbetter talent, the right talent which will make your business a success.