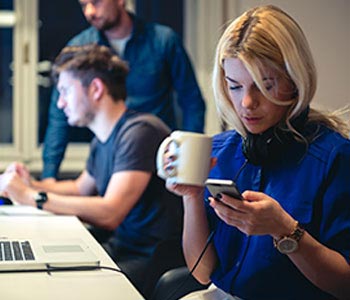 Brought to you by Human Capital Institute

Between July and August, 2007, The Human Capital Institute (HCI) and Vurv Technologies surveyed HR and non-HR practitioners, managers and executives from North America, Europe and Asia/Pacific about their attitudes and experiences related to the role of HR in their organizations. The sample size of North American HR professionals achieved for the study provides a very high statistical validity and so it represents the approximately 1,000,000 HR professionals in North America very accurately (95% +/- 4 points).

According to our survey, HR appears, finally, to be gaining respect and credibility in most organizations. It is difficult to determine whether this is due to the achievements of HR or more so to the attention “talent” and human capital has been receiving over the past several years.

In many respects, the results of our study were encouraging, HR is slowly changing to meet the needs of knowledge-based organizations. On the other hand, HR appears to be missing the boat in some important areas, most notably, globalization. For western workforces, globalization accelerates the imperative for innovation, creativity and productivity. For stewards of talent, it demands a deeper understanding of international economics, laws and culture, as well as requiring a range of new expertise.

Given the importance of global business and the critical need for organizations to compete internationally for talent – including remote virtual workforce acquisition and management – it is somewhat alarming that HR is so far behind in this respect. Worse in some ways, HR is relatively unconcerned about their lack of involvement in global business matters, including outsourcing and offshoring and the need for global managers. Even though these are among the top concerns of executives, they are near the bottom of the HR agenda.

Of eighteen measures, the survey group ranked “Offshoring/Outsourcing” as the least worrisome by a wide margin. “Finding talent and leaders with global management skills” was the next least important issue overall. In both cases, respondents “strongly disagreed” that these would present major challenges in the coming three years.

Consistent with their response to immediate challenges, survey takers expect to prioritize talent acquisition, retention and succession planning for the next three years while de-emphasizing global workforce issues and specific measures relative to the aging workforce. According to respondents, less than one if five assess their organization as being well prepared or very well prepared to address even their most high priority challenges. Perhaps because the fires of recruitment and retention are burning so intensely, HR has little time for issues that may be less pressing in the short term, such as global talent management strategies.

59 of our respondents were practitioners, managers and executives from outside of North America (45 of whom were from Australia and New Zealand).

Brought to you by Human Capital Institute