How Should Companies Respond? 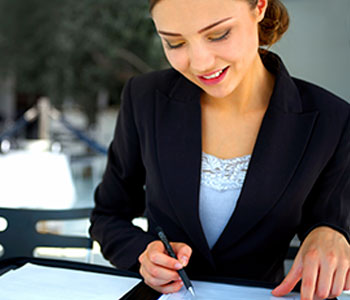 By Joe Issid
Monster Contributing Writer
When I first started interviewing for jobs as a fresh-faced graduate in the late nineties, the job-hunting market was a very different place. The internet was hardly the place that it is today so job searches were much more laborious and candidates and employers alike were infinitely less informed than they are today. Imagine this: the first company that hired me out of school did not even have a web site. As you can imagine, it was impossible to perform any type of meaningful research prior to an interview.
Back then, a corporate reputation was, paradoxically, both incredibly easy to protect but very difficult to improve. Companies worked very hard to protect their inner workings while trying to maintain a positive public perception. The lack of visibility into such companies made it difficult for candidates to determine what working for them would really be like. As such, I always found it incredibly strange to be asked “why do you want to work for us?” during an interview when the company worked so hard to conceal what working for them was really like.
Similarly, TripAdvisor and Yelp didn’t exist so finding a good hotel in Tuscany or a thin-crust pizza near home was also more difficult and a lot less reliable. With the explosion of the internet – and social media, in particular – companies have had no choice but to embrace the increased visibility and to use it constructively.
Listen first
As a business owner, I routinely and frequently perform online searches for conversations involving my company. It is essential for me to be aware of what is being said about my business online. Business can be easily won or lost based on reputation alone so it is essential to keep the proverbial ear to the ground. Not only do you need to perform regular audits of your own web site and social media platforms, but also any other web property that is involved in your industry – including your competitors. You always want to make sure that you are involved in conversations that involve you. While some of the criticism levied against you may be unfair, it is important to gather all complaints and to listen to them objectively and without prejudice.
When to react
Firstly, it is important to keep in mind that not all complaints require a response. Often, criticisms can be baseless or, simply put, hostile and not worthy of acknowledgement. It is best to ignore such comments. Having said that, if a customer is upset about a faulty product or a staff member is unhappy to be working overtime, it is best to be aware of it and that you pro-actively respond to the issue. Not all of your customers or employees are going to complain to you directly so it behooves you to seek them out and resolve the issue quickly and professionally. This will go a long way to showing your customers and employees that you value them.
How to react
Once you have been able to digest the criticism, it is best to always respond in a constructive and professional manner. Always remember that your comments will be publicly visible so be careful how you respond; engaging in a public argument or appearing to be defensive will always make you look bad. If need be, engage the help of an experienced PR professional to help you.
Encourage opinions
Everyone has an opinion and it is futile trying to prevent people from expressing it. From an employer’s perspective, it is impossible to try and legislate against criticism; if your employees are unhappy, they will find a way to express that unhappiness despite your best efforts to prevent them from doing so. While it may seem counter-productive, encouraging your staff to have a voice will allow you to get in front of any criticisms and put you in a position to respond – and change – effectively.
Provide updates
Naturally, you need to correct people if they are misstating facts about your company; you should never allow for any ambiguity. However, if the criticism that is being reported against you is fair and is being considered internally, providing an update can go a very long way to converting critics. People love to know that they were heard and that their complaints effectuated a level of change within an organisation. It is equally important to provide updates to your staff as well as your customers regarding any changes that may impact either group.
Continuous improvement
The only way you can improve as a business is to listen to those who criticise you. If a large portion of your staff routinely complains about, say, the work environments, then you surely have a problem on your hands. Rather than try and fight the battle with good PR and eloquent rebuttals (or even trying to prohibit your staff from making public comments), you would be best advised to try and resolve the core issue. The best companies are able to evolve effectively by taking criticisms and turning them into vehicles for positive change.
There is an entire industry dedicated to protecting the reputation of companies on the internet. Unless you are a very large company, most of the ‘damage control’ can be performed quite easily. It has become increasingly easy for companies to measure their approval ratings among customers, suppliers and staff members. In this day and age, there is no excuse for a company to be unaware of how it is being perceived. However, only the companies that are the most committed to success will react and respond appropriately. Is yours one of them?