The Perils of Employee Hazing 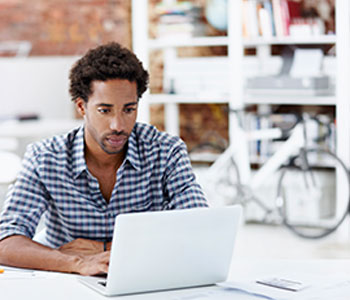 Those crazy kids in Ontario at the transportation and works department of a major municipal employer: their hazing hijinx went a bit over the top. Seems employees were tied up with duct tape, then spanked until they were at the behest of one of their supervisors. Another worker was bound with duct tape, placed on the back of a truck and sent through a car wash. All in a day’s fun, of course. An investigation concluded the “behaviour was in the nature of horseplay . . . locker room behaviour.”

Employee Hazing In Canada Is Boring
If you think what happened in Mississauga was wild and wacky, Canada has nothing on the U.S. when it comes to initiating employees.
Take Arizona, for example. At a prominent cheesecake retailer, recently promoted food expediter Bryce Fitzpatrick was in the storeroom looking for watercress – watercress on cheesecake? – when he was allegedly jumped by 10 cooks and dishwashers. One cook grabbed Fitzpatrick's right leg and held it up in the air. Another held his left leg. Two other men grabbed Fitzpatrick's arms. "A cook would stand in the middle and rub his genitals into my mine," Fitzpatrick said. Hopefully everyone washed their hands afterward. Carefully.
At the U.S. embassy in Kabul, Afghanistan, the embassy's own security guards are shown in photos and videos of shocking hazing rituals. The company that manages the security guards was rocked by charges of “deviant hazing and humiliation” that included “half-naked men in compromising sexual positions” that were too lewd to be described.
Not to be outdone, the Los Angeles Fire Department created its own mini-scandal. One of its fire station crews mixed dog food into the meal of an ethnic firefighter of theirs, who then sued the city for discrimination. The brouhaha eventually led to the resignation of the fire chief.
When Hazing Goes Too Far
On rare instances the employee hazing ritual involves danger or even outright brutality. When this happens the results can be tragic.
A Malaysian court jailed seven soldiers for the hazing-related death of a 27 year old private. In the midst of the initiation, the private was punched, kicked, hit with a piece of wood, and stepped on with spiked boots. He died of blunt force trauma.
Fortunately these types of extreme situations are very uncommon, especially in non-military organizations.
My Own First Hazing
In my naïve first year as an employee, I had no clue that employee hazing existed. I was writing copy at a small advertising agency, and my boss made me revise my submission over and over again. I was told to redo it so that it had a humorous angle. Then start from scratch and make it sound serious. Now try it like it was a TV script. And so on.
This went on for three days straight. I thought for sure I was incompetent…one step closer to the unemployment line with each rejected version I produced. On day four I staggered in to my boss’s office and begged for a new assignment. “Oh,” he said casually. “I thought I’d mentioned on day two that we got another writer to do that piece.” I flushed red with confusion and barely restrained anger.
Suddenly the other copywriters joined us, smiling and reminiscing about how they too had been initiated this way. Instantly I felt like I’d been accepted. It’s like I had just been taught the secret handshake to enter an exclusive club. Have to admit it felt good thereafter.
What Good Does Employee Hazing Do?
Not all employee initiations and rituals involve degradation. Putting employees through amusing tests or surprise activities may reduce tensions. Like presenting a new employee with a name tag that’s deliberately misspelled on their first day, and having everyone gather around goodheartedly to share in the antics. Or the Canadian football team that made a rookie sit half naked at a team dinner. When the coach asked the new player why he was shirtless, the rookie had to answer in comical way as part of the initiation: “Because I like you,” said the rookie as he bolted, sheepishly, for the door.
According to syndicated columnist and adjunct professor Natasha Josefowitz, “Hazing accomplishes a number of goals for a group. It gives senior members a way of establishing their seniority and dominance; it ensures that formal work rules will be respected and that unwritten practices, known as norms, will be followed; it pushes newcomers into letting go of their old identities with and loyalties to former groups and organizations and taking on new identities; it ensures continuity of the existing ways of relating and of working; and it makes membership in new systems something to be valued.”
But leave the duct tape and dog food at home. Hazing should bring employees together and create group cohesion, not bully staff or leave them feeling debased.