When Interviewing Really Connect With Candidates 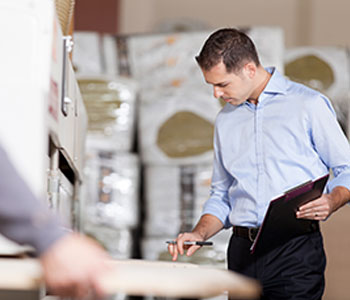 By Mark Swartz
Monster Contributing Writer
I still shake my head sometimes over interviewer antics. As a job seeker I've seen some doozies. Like the interviewer who made me wait outside his office while he booked his golf vacation by phone – loudly, for an hour. Or the woman who asked me what country my parents came from, because my last name sounded a bit "foreign" to her.
In both cases it was me who declined to go forward in the interview process.
As an interviewer, you are the primary link between your company and the talent it can land. If you're doing things during interviews to turn the candidate off, such as failing to make eye contact, constantly interrupting, or reaching for your phone every five minutes, you may be disengaging the best applicants. They in turn may tell others, thereby spreading the damage you've caused.
So do you already have the basics of conducting a job interview down pat? If yes, then maybe it's time to focus on keeping the candidate more engaged. Here are 5 ways to do so simply and quickly.
1. Be Prepared, So You Can Concentrate On Connecting
Last minute scrambling. Inadequate preparation. These lead to messy, disorganized interviews. You'll be hesitating, then sticking too much to the applicant's resume. Good candidates will be left with the impression that you're not really interested in them. To avoid this, have at least a solid interview framework to fall back on.
2. Use Icebreakers To Make The Candidate Comfortable
Remember what it felt like when it was you being interviewed for your job? Show some heart to the person sitting across from you now (who is generally nervous and only wants to make a good impression). Putting the candidate at ease is more important than trying to trip them up. You could start, for instance, by simply asking if the candidate had to fight traffic getting there today.
3. Create A Conversation
Too often it feels like interviews are a one-way grilling of the candidate. You ask them a question…then another, then boom! hit 'em with the next one. Instead of this rapid-fire approach, strive to create more of a dialogue. Ask a question, listen to the answer, make a friendly comment, or tie their answer to a very brief story of your own before asking the next question. Conversations tend to put the candidate at ease.
4. Listen More Than You Speak
I've been on interviews where the interviewer blabbed away for most of the meeting. It was almost as if I weren't there. Experts recommend that you do more listening than talking. Let the candidate speak their mind. Don't interrupt unless it's necessary to do so. And use "active listening" techniques to show you're truly attentive: reflect back what the person has said, nod your head in agreement, say things like "That makes sense", plus ask for clarification where necessary.
5. Vary Your Style Of Questions
You don't want to bore your candidate. Too many questions of one variety can make for a monotone meeting. Mix things up by using different modes of inquiry:
Traditional Questions
e.g. What are your greatest strengths?
Situational Questions
e.g. If we were to hire you, what is the first thing you would do?
Behavioural Questions
e.g. Tell me about a crisis you could have prevented. Did you do anything differently after the crisis had passed?
Culture Fit Questions
e.g. What gave you the greatest feeling of achievement in your last job? Why was this so satisfying?
Show Interest And Be Sensitive
Put your phone and email messages on hold. Lean forward in your chair. Maintain appropriate eye contact. These are other easy ways to show a candidate that they're important to you.
While you're at it, avoid asking any of the "illegal" questions, or those that are intrusive but irrelevant to the job. They can shut down conversation in an instant. Show cultural sensitivity and respect ethnic differences. As well, always invite the candidate to ask questions of their own.
By treating with respect the person you're interviewing, you convey a lot about you and your company. This engages candidates. They become willing to share more of who they really are with you. You get to learn extra about them. And they are more likely to say "yes" if you ask them back for the next stage.