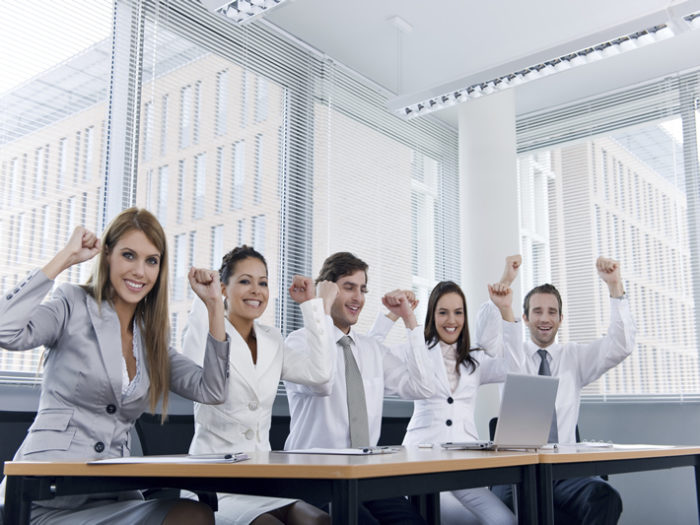 When we think of democracy, it’s usually in the context of politics. Images of elections and voting come to mind. There is, however, a movement afoot to make workplaces more democratic.

It’s less about letting workers vote on every decision than it is on freeing employees from operating under a yoke of fear: fear of getting fired for criticizing bad ideas and behaviours, fear of making suggestions or of working more independently.

The intent of workplace democracy is to create a more inviting, productive work environment. It takes a commitment from the top downward. Is it right for your small business?

The concept of democracy comes from the Greek words "demos" and "kratein," which mean "the people rule".

Workplace democracy is the application of fairness in its various forms (including voting, debates, due process and systems of appeal) to the workplace. It gives employees a larger voice in how things get done and the work they do. Self-governance is a core objective.

All systems of governance are based on a series of underlying principles. Here are 10 guiding doctines of workplace democracy, according to international “freedom at work” consultancy Worldblu.

The notion of freedom at work can sound impractical. After all, without authority and structure, a company would dissolve into anarchy.

Workplace democracy doesn’t require radical restructuring. Instead it introduces mechanisms for empowering your people. Here are some examples:

Offering unlimited paid vacation. It frees employees to take as much time off as needed without worries their loyalty will be questioned.

Transparency in sharing company info (numbers, plans, wins and losses). Keeping your people informed about how the company is doing and where it’s going makes them more involved.

A confidential whistle-blower facility for reporting bad company behaviour, with no retaliation against the people who blew the whistle.

Town hall-style meetings, including frank and honest questions and answers. Employee thoughts and criticisms are asked for, treated respectfully, and followed-up on.

An intranet idea box: dedicated web page on company intranet where employees can submit ideas and peers vote on them. Awards are given out quarterly for best notions.

Providing an appeals system for when people get arbitrarily demoted, fired, or punished.

Like any organizational system, workplace democracy has its minuses. It takes extra work to implememnt, for one thing. Being fair and getting employee input requires managers to do more than simply bark out orders to compliant minions.

There’s also the matter of inflating expectations. Workers get disappointed when their suggestions aren’t adopted. Too much of this and it can alienate even your most dedicated employees.

A third downside is the risk it poses for workers who give honest feedback. Despite ensuring that they won’t be penalized, they may strike a nerve in insecure managers who could then, discriminate against that worker in small but ongoing ways.

In 2015, two Canadian employers made the WorldBlu List of Most Freedom-Centered Workplaces™. NRI Distribution is a warehousing and fulfilment company in Kamloops, B.C. LEARN is a non-profit educational technology and learning materials foundation in Laval, Quebec.

Both of these organizations have implemented workplace democracy mechanisms. They report a rise in employee retention and self-propulsion. Maybe it can be one of the inexpensive perks your small business offers to differentiate you as a choice employer.