Skip to content
Resources / Recruiting Strategies / How to screen candidates / Should you give a candidate feedback after rejecting them? 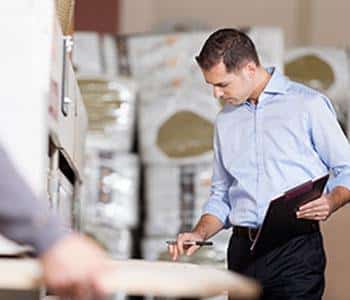 Think back to the last job you applied for. All that time invested in researching the employer. Hours of rehearsing answers to difficult questions. Attending the interview and delivering a stellar performance.

And then…nothing. Total silence afterward. At best you received an impersonal form letter saying the job had been filled.
Would it have helped your continued job search to get feedback from the interviewer? Of course. Also you might have been more inclined to speak well of the company. And if you learned that you were a near miss for the offer, you’d be apt to apply there in the future.
Which is why HR should spell out a policy for feedback to rejected candidates. Not all interviewed applicants will ask for personalized insights. But for those that do, you ought to have a clear, consistent policy. Because doing it right can build bridges, while making an error could expose your company to litigation.
Benefit By Providing Honest Feedback
There are several good reasons to answer inquiries from rejected interviewees. First and foremost, it can create goodwill between the candidate and your company.
Applicants today have a megaphone for their reactions to how you treat them. Leave them in the dark after they’ve worked hard to shine at an interview, and you may have to battle criticism about your company on social media. Do them a solid instead and gain a connected ambassador.
Creating a positive link also populates your pipeline for future hires. So consider giving feedback only to interviewees who finish in second, third or fourth place. Beyond that you’d mostly be giving out negative commentary, which could come back to haunt you.
Why Most Employers Don’t Give Feedback
The majority of employers do not give official feedback to rejected interviewees. There is a simple, legal rationale for this: it reduces the potential for getting sued.
Informing a candidate of why they didn’t get hired can open a can of worms. Even if you’re intentions are good, something might slip that smacks of bias or discrimination. For instance, telling them that you were “looking for someone with more energy,” could be interpreted as “You only hire younger people.”
Rather than risk the backlash of a lawsuit, employers opt to say nothing at all. The frustrated interviewee is left wondering what they did wrong. They may end up feeling resentful. But at least you haven’t revealed anything that could be viewed as discriminatory.
How To Give Feedback To Rejected Candidates
If you’d like to let select candidates know how they did, do so with the following in mind:
·         Avoid putting comments in writing.
Speaking to a rejected interviewee by phone can be the better way to communicate feedback. It reinforces the personal touch. Plus it reduces the possibility of having your exact words used against you.
·         Be specific, not general.
Rather than saying “You showed a lot of initiative,” say “We really liked how you looked up our annual report and talked about our Corporate Social Responsibility initiatives.”
·         Avoid opinions or feelings.
Emotional connection with a candidate can influence the hiring decision. However it’s not ok to let that person know that you “liked” them, or, conversely, that they “made you feel uncomfortable.” Those are the kinds of biased hiring opinions that invite legal action.
·         Only comment on aspects the candidate can change.
Behaviours can be changed. But things like an interviewee’s appearance, accent, and voice can’t be. Stay clear of feedback that touches on personal factors. Focus instead on behaviours, such as “You should have arrived on time for the interview, or called ahead to let us know you’d be a few minutes late.”
·         Start with the positive.
The interviewee is looking for constructive insights. Don’t begin by listing all the things they did wrong. Commence the discussion with some affirmative observations about their behaviour, skills or knowledge. This buffers the blow when you tell them what they need to improve on.
·         Watch what you say.
Be truthful, up to a point. You shouldn’t disclose proprietary or incriminating information.
Treat All Rejected Applicants Respectfully
Just a small portion of applicants will ask for detailed feedback. Yet everyone you interview deserves an authentic, appreciative reply.
At a minimum, try to send all rejected interviewees a gently worded note. Let them know how much you appreciate their effort. If you genuinely want to keep their resume on file for future opportunities, let them know.
For the select few you wish to maintain in your pipeline, make that timely phone call. Keep your feedback brief and to the point. Then invite the candidate to stay in touch: rejection done sensitively can lead to a fruitful hire down the road.

Find the Right Candidates to Interview the First Time

If you want to fill your open position with the best fit, you’ll need to interview more than one candidate as you decide who to hire. While the most thorough hiring process will require you to reject a handful of jobseekers, it’s important to find strong candidates from the start. Improve your odds by reaching out to top talent today with a free job listing at Monster.